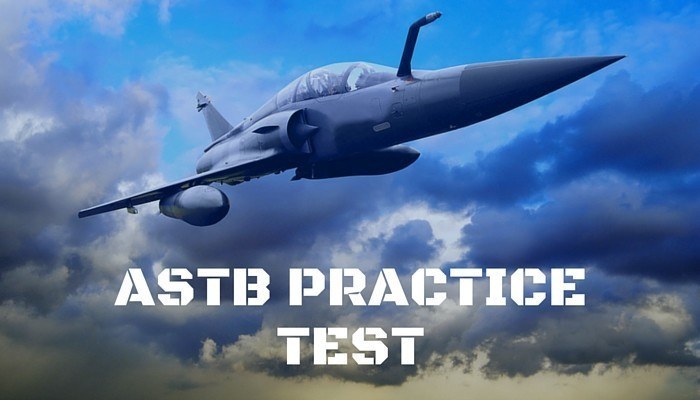 Take our free ASTB Practice Test below and instantly find out your score:

100%-85% This is a superb score showing your ability to do well on this basic practice test. However, you'll want to make sure you have a good grasp of every test section and its contents to maintain this level of achievement during the real ASTB 70% - 84% This score range shows you definitely have some knowledge, but also have some gaps to work on. Spending time with more in-depth practice material is a great way to improve on this score range. 55% - 69% While you have some ability to answer these types of questions, you have major gaps in your knowledge which absolutely must be addressed before taking the real test. <55% It's imperative you study and practice as much as possible before the real test. This score range shows a lot of room for improvement, so identifying which areas need the most work is crucial. 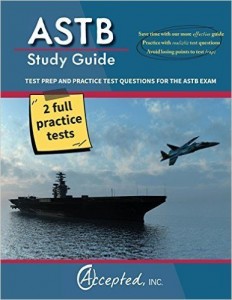 The best of the current ASTB study guides dealing solely with the Aviation Standard Test Battery. This guide will give you a lot of information to learn for each and every ASTB test section as well as practice tests to quantify and measure your progress. Currently the best option if you're serious about improving your ASTB test and reaping the rewards of a good score

Note: These questions are meant to familiarize a test taker with the types of questions and format that they may encounter on the ASTB and its given sections. In no means is the following an exhaustive list. A .pdf version of our ASTB Practice Test is also available.

To help you with your preparations for the ASTB, it is best to have more practice before taking the official ASTB exam.  However, there area lots of ASTB study guides on the market with varying degrees of legitimate ASTB practice tests.  Therefore, I purchased each one, read through them, checked for accuracy and took their ASTB practice test.

Below is my recommendation of the top study guides due to their ASTB practice exams and their level of difficulty.

And below you can see our individual reviews of the top 3 based on their practice exam questions.

The Complete ASTB Study Guide is the best ASTB study guide on the market.

It’s clear, concise and gave much better examples than the others did. With this book, you’ll get two full ASTB practice tests and will have access to a lot of examples as you read through.  Because of the specific nature of the test and the above average ASTB practice test, this book gets my #1 recommendation.

You can check it out here.

It does have examples and a practice test, as well as recommendations for taking the test. Still a very good book but I’d only recommend purchasing this study if you already have the Complete ASTB Study Guide but are looking for more examples in order to get more practice for the test.

You can check it out here.

The MFAT covers all three services and can be very confusing when trying to figure out if the info pertains to Navy, Army, or AF.

There are some complaints that this has lead to wrong study practices and even interpretation of questions during the test. However, in the MFAT market, the Military Flight Aptitude Test is the best.  Its been made by Barron’s, one of the tops in the industry and is well organized.  This study guide gets a #3 because of its broad reach, but still worth your time if you’re looking for more opportunity to practice beyond the recommendations above.

You can check that out here.

From an ASTB practice test standpoint, the other two aren’t worth mentioning.   Although they have a full set of ASTB practice tests, they are either too pricey or do not provide enough.  So, my ultimate recommendation is you look at purchasing the two above and forget about the rest.

It was brought to my attention by some of the readers that they would prefer to have a written copy of the above ASTB practice test.  Therefore, the below is just that.  Take your time, but understand that you must keep track of your score.  Also, try to remember that you will have a time limit on the real thing. 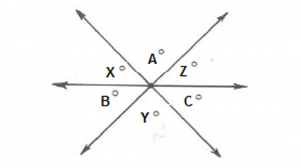 5. If 2 times A exceeds one-half of B by 5, which of the following represents the relationship between A and B?

1. Below is a picture of a system of gears. All the gears are moving and, the first gear, Gear A, rotates clockwise. Which of the other gears in the system rotate the same way? 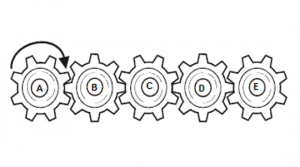 2. Take note of the below picture, in which case is a smaller amount of force required to move the weight (A) up the ramp? 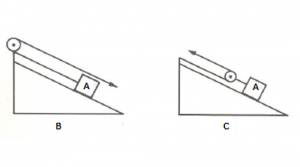 3. In the picture below, if both pendulums are released from the position shown, which of the pendulums require the lengthiest amount of time to complete one swing? 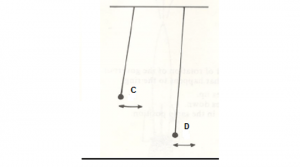 4. In the picture below, which resistor represents a voltage drop or greater potential difference? 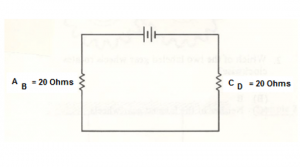 5. In the picture below, if the piston A has 3 times the surface area of the smaller piston B, how far must the piston B be pushed down to raise the piston A up by 1 inch? 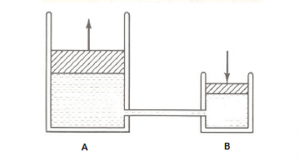 Directions: Below are 5 passages each with four possible answer choices. For the purposes of this test assume each passage is true. For each passage choose the answer that could only be inferred from the passage itself. Each choice may be true and/or reasonable but, only one of them could have resulted exclusively from the material in the passage.

1. Metal or plastic are the two materials commonly used to make paper clips. Rubber is used to cover the metal clips on occasion as they may rust and cause damage to documents.

2. There was a barely detectable mustard stain on his chest. He was sure it wasn’t noticeable, but it still bothered him for the better part of the morning. On the other hand, the large tear he later got on his sleeve didn’t bother him in the slightest.

3. The PTO will decide the place for each meeting and method of delivery. Meetings will be run in the most economically feasible way. This could include video conferencing or traditional face-to-face meetings.

4. The DNA of human beings is made up of approximately 3 billion components. Each piece of DNA is described using either A, C, G, or T. Each component is organized in a unique and particular order. This dictates each human beings physical development.

A) Children and their parents have the exact same DNA
B) Someone’s physical makeup would change depending on how the pieces of that persons DNA was arranged
C) Everyone has about 3 billion T components in his or her DNA or genetic makeup
D) Children have less A, C, G, and T components than their parent’s DNA

5. In order to become a true hurricane a storm must first pass through a few different stages. The first of these processes is when the eye of the building storm is formed by low-pressure air that spins inward cyclonically. After this initial stage and through its intermediate stages the storm is called, first, a tropical depression, then it upgrades to a tropical storm and finally, once intensity has increased so much, a hurricane.

A) Cyclonic air movement is central in the formation of hurricane force winds
B) When a storm has reached the tropical depression stage of development, the eye is formed when winds begin moving clockwise
C) Because the eye of the storm is made up of cyclonic air movement, a hurricane is thought to be the most violent of all natural phenomena
D) High-pressure air systems is what prevents tropical storms from having eyes

1. Which of the following people is known as ‘the father’ of the United States Navy?

2. What is the color of the starboard running light?

3. When executing an emergency landing what is the main reason to dump fuel from a jet transport aircraft before making the attempt?

4. Longitude is measured from the .

5. How are the numbers of runways determined?

A) Counterclockwise, with 1 at the south
B) Depends on the types of aircraft stationed on the runway
C) Using the first two digits of their compass direction
D) Due to the width of the runway

Thanks for checking out our practice test. Again, this is really just the tip of the ice berg. If you want to take your best crack at it then we suggest you pick up a quality ASTB study guide. You need to further familiarize yourself with the layout and flow of the exam as well as do as many ASTB practice tests as possible before you sit down and take the ASTB. 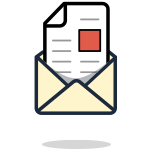 Powered by Rapidology
Military Flight Tests © 2017 All Rights Reserved.
We are a participant in the Amazon Services LLC Associates Program, an affiliate advertising program designed to provide a means for us to earn fees by linking to Amazon.com and affiliated sites. See Affiliate and Legal to learn more about our operations.