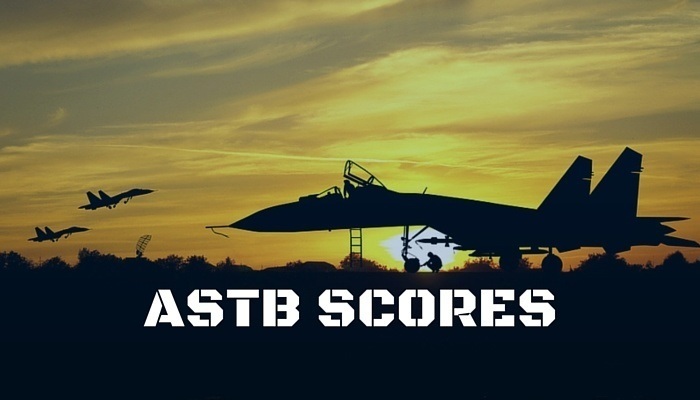 The reason the ASTB Test exists is to not only find out who will make a great Navy Officer but also find those that will make the best Navy Airmen.

This is why different sections of the ASTB are weighted more heavily for the different classifications. Because different traits are better suited to the different positions a somewhat complex scoring system and categorization exists. That is why the results of the 7 ASTB Sections are then used to create four scoring categories.

The OAR is a combination of the first three sections of the ASTB (the MST, RCT, and MCT). This rating uses 1 point increments and is scored between 20 and 80.

The other 3 categories (the AQR, PFAR, and FOFAR) use a STAndard NINE or stanine system of evaluation. The stanine system means they’re based on a scale of 1 to 9, has a mean of five, and a standard deviation of two.

The chard below shows each stanine by percentile:

First of all, if a candidate is not interested in an occupation related to the aviation sector then they only need to take the first three sections of the ASTB (the MCT, RCT, and ANIT) known as the OAR. However, if an applicant completes the entire ASTB then they will be given a score for each of the four composite scores.

Take note of which program you are interested in as they each use different components in their respective processes of selection:

1. Officer Candidate School: The OCS uses only an applicant’s OAR Score in their selection process.

2. Student Naval Aviator: The selection process for an SNA uses the applicant’s AQR and PFAR score.

Always remember that just because a minimum score exists doesn’t mean that it’s what you should be aiming for. Try to get as good a score as you can as it matters more how well you do to those in your group.

Now that you know the minimum score you need on the ASTB the next natural question is ‘If a minimum score isn’t necessarily good enough what are the average ASTB test scores then?’

For the first three scores – the AQR, PFAR, and FOFAR the average score is a 5 or between 40 and 60%; meaning if you score a 5 you did better than 40 to 60% of all the other candidates taking the ASTB. The average for the Officer Aptitude Rating (OAR) would be again from 40 to 60 as it is scored between 20 and 80.

What are good scores for the ASTB?

It would be nice if there was a score you could get that would guarantee your success but, the truth is it just depends on who you’re up against. If you get a high score but, everyone else gets an even higher score then depending on how many seats are available you may not get in. Your best bet is to do as many practice tests as you can and familiarize yourself with the layout and flow as much as possible so there are no surprises and just let the chips fall where they may.

Want to Improve Your ASTB Score?

The below are our two top recommendations (in order of ranking) to help you with both:

The Complete ASTB Study Guide is the best AND cheapest ASTB test prep guide on the market.

It’s well written and comes in with the most practice and example questions of them all. It’s also written by pilots and gave the most inside information than the others. It does a great job of explaining the exam and study tips for preparing as well. It is also the most recent and up-to-date on the market. Therefore, it rightfully gets our #1 recommendation as the top ASTB study guide on the market.

You can check out The Complete ASTB Study Guide here.

The ASTB Study Guide 2018-2019 comes in at #2 because it has fewer examples and questions, as well as having a higher price.

There were also issues with some of their answers not being correct and some editing issues as well. Therefore, it drops down in our overall recommendation. However, we’d still recommend purchasing it if you’ve already bought The Complete ASTB Study Guide but are looking for more examples in order to gain more experience. Remember, you can only take it twice and the higher the score, the higher the chances you make it. The ASTB is much more competitive than it use to be.

As shown above there’s a definite minimum that you need to be considered as successfully passing the ASTB Test but, that still may not be good enough. That’s why your best bet is to get a quality ASTB study guide and make the most of it. Go through it section by section and make sure you know the layout and flow of the ASTB as well as you can so there’s no surprises come test time. And take the time to write as many practice exams as possible.

The worst part is that there is no real score to shoot for. There’s no guarantee that any specific score will ensure your success. It depends totally on the rest of your group and how well you do compared to them. If at the end you couldn’t have possibly put in any more work or studied and practiced any harder then you should have no regrets!