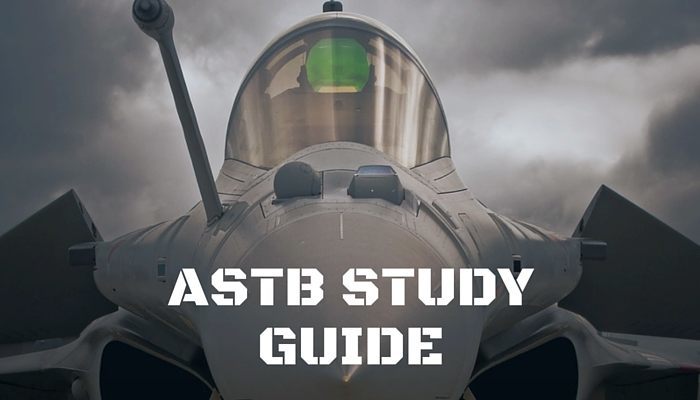 As you can probably tell by now the ASTB Test is no joke. It covers a lot of ground in a lot of different categories. So studying can, at times, seem overwhelming, maybe even hopeless.

You’re in luck though, because there really are a lot of great ASTB study guides available on the market. We’ve had a chance to evaluate a lot of the most up-to-date and relevant ones available. There’s a handful we strongly recommend you check out and a few we’ll warn you to steer clear of as they are either out of date or just poorly written.

This isn’t an exhaustive list of every ASTB study guide available as that would be impossible! However, it is a list of the best ASTB study guides available. There may be other good ones out there but, if they’re not on this list then we haven’t come across them in our review. So, if you want a serious shot at doing well on the ASTB we strongly recommend you check out at least one of the below ASTB study manuals.

Below are the top ASTB prep guides ranked from the best to the worst. This was created taking into consideration the costs, and value they provide.

If you’d like to know more about each ASTB study guide discussed above, you can read our individual review of each below:

The Complete ASTB Study Guide is the best AND cheapest ASTB test prep guide on the market. It’s well written and comes in with the most practice and example questions of them all.

It’s also written by pilots and gave the most inside information than the others. It does a great job of explaining the exam and study tips for preparing as well. It is also the most recent and up-to-date on the market. Therefore, it rightfully gets our #1 recommendation as the top ASTB study guide on the market.

You can check out The Complete ASTB Study Guide here.

The ASTB Study Guide 2018-2019 comes in at #2 because it has fewer examples and questions, as well as having a higher price.

There were also issues with some of their answers not being correct and some editing issues as well. Therefore, it drops down in our overall recommendation. However, we’d still recommend purchasing it if you’ve already bought The Complete ASTB Study Guide but are looking for more examples in order to gain more experience. Remember, you can only take it twice and the higher the score, the higher the chances you make it. The ASTB is much more competitive than it used to be.

Although a great guide and written by one of the best study guide companies in the world this book comes it at #3 on our list of the best ASTB study guides.

Barron's MFAT Study Guide is jam-packed with a ton of useful information and practice tests but, where it loses traction when it comes to the ASTB is that it also focuses on the other two service’s flight tests: the AFOQT and SIFT. By focusing on all three tests it can confuse the issue and lose focus. Plus you’re simply paying for a lot of extra paper and information that you don’t necessarily need.

You can check out Barron's MFAT Study Guide here.

Being a For Dummies product you know this study guide is of great quality.

However, at the current price of $43.46 for the paperback and $22.99 for the Kindle edition of MFAT For Dummies simply isn’t worth it when compared to some of its more focused and less expensive competitors. It’s still full of useful information, tips, and practice tests but, like the Barron’s MFAT guide it focuses on all three flight exams which can confuse the issue. Ultimately you pay for a great guide but, at the same time, a lot of information you’ll never use.

You can check out MFAT For Dummies here.

Our final recommendation is Master the Military Flight Aptitude Tests by Peterson’s Publishing.

As you can probably guess our one real criticism for this guide is that again, it focuses on the three different flight tests as well as including a lot of other ‘filler’ type information that’s ‘nice to know’ but, likely won’t help you come test day. It’s probably not the best place to start if you’re unfamiliar with each section of the ASTB. This ASTB study guide does come with a great practice exam though and at the lower price point for the eBook edition, it may be exactly what you’re looking for.

You can check out Master the Military Flight Aptitude Tests here.

AFOQT STUDY GUIDES TO NOT BUY!

Not every ASTB Study Guide is created equal. Being such a specific exam there’s not that much out there anyway however, there’s always at least one rotten apple. The guide we came across below is just that and you should avoid it at all costs. It’s just plain awful – it’s totally lacking content, has test questions with incorrect answers, and is just terribly out-of-date. After our evaluation, trust us, this guide just isn’t up-to-snuff. So we suggest you steer clear of the following ASTB study guide:

Again, we highly recommend avoiding the above ASTB Study Guide – save your time and money!

Get Your ASTB Study Guide Now!

If you want every advantage possible in succeeding with the ASTB then the first place to start is by picking up a study guide today. A proper ASTB study guide is your best bet in preparing for the ASTB in the most efficient and effective manner possible. As you’re well aware this exam in and of itself is no joke. And if you really want to be a pilot in the Navy you’re going to have to beat out 85% of everyone else taking the ASTB. That’s a pretty tall order if you ask us.

So get your ASTB study guide ASAP so you’ll be as prepared as possible when it comes time to write the ASTB exam!